Rstudio as a Python IDE

So far, I’ve found it pretty viable. I am a Python n00b but used it a bit to create my last post (source .Rmd here).

The main advantage is that it brings all the key bindings I’m used to. YMMV, but I also really like how easy Rstudio makes it to execute code as I’m iterating, whether in a script or the interpreter. As far as I know, there’s no “Python-first” IDE that does this as well as Rstudio does this for R.

I like this a lot. Maybe another IDE could have provided it if I kept looking. But Rstudio is what I know, so I was pleased to learn that these features carried over.

I use Conda environments and Conda’s python and spent most of my setup trying to get Rstudio to recognize that.

From there, Rstudio has a built-in “new Python script” option in the menu, or you can write an Rmarkdown script and specify that a given chunk should be Python. 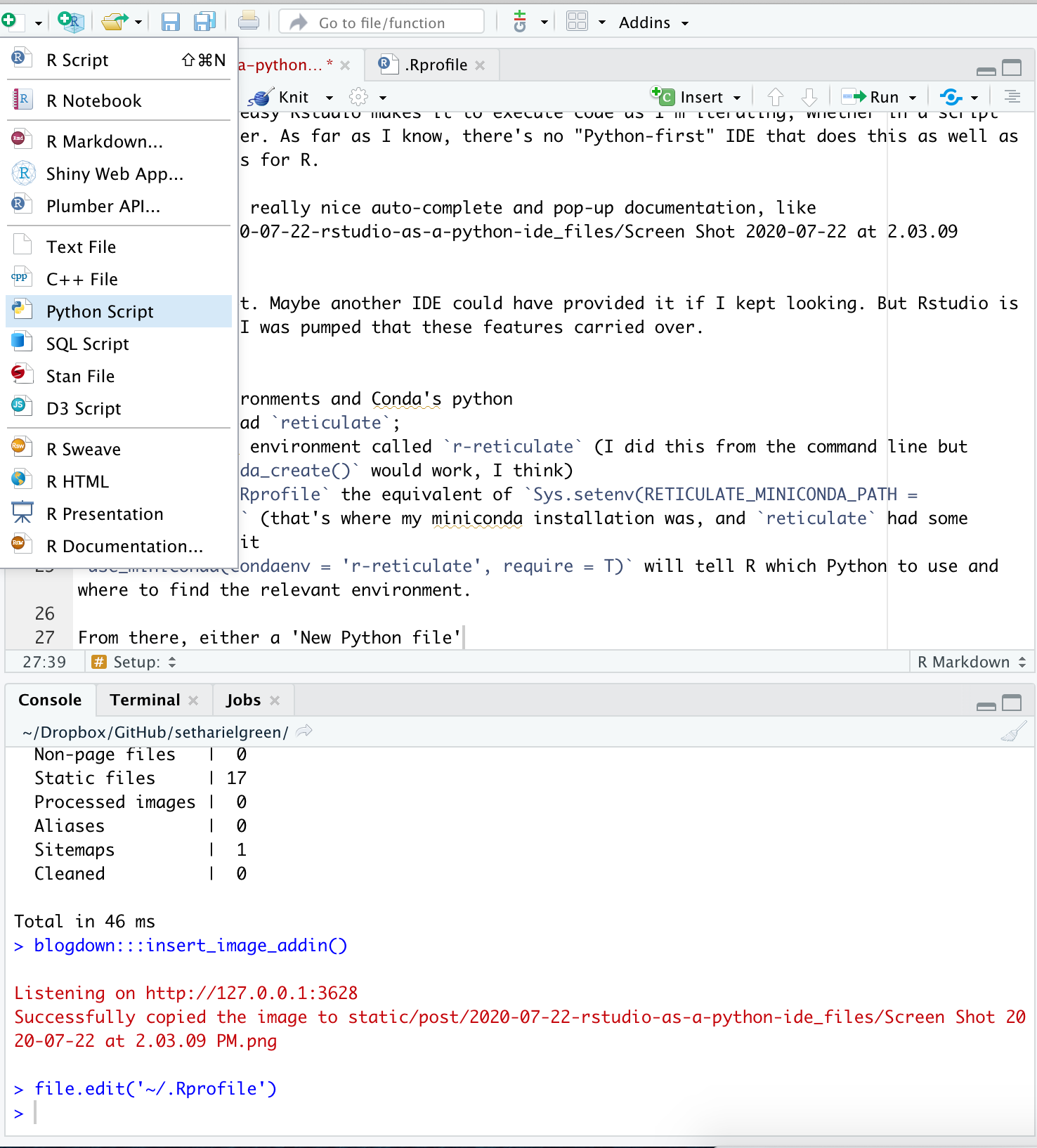 But once I paid those setup costs, it’s been pretty good.